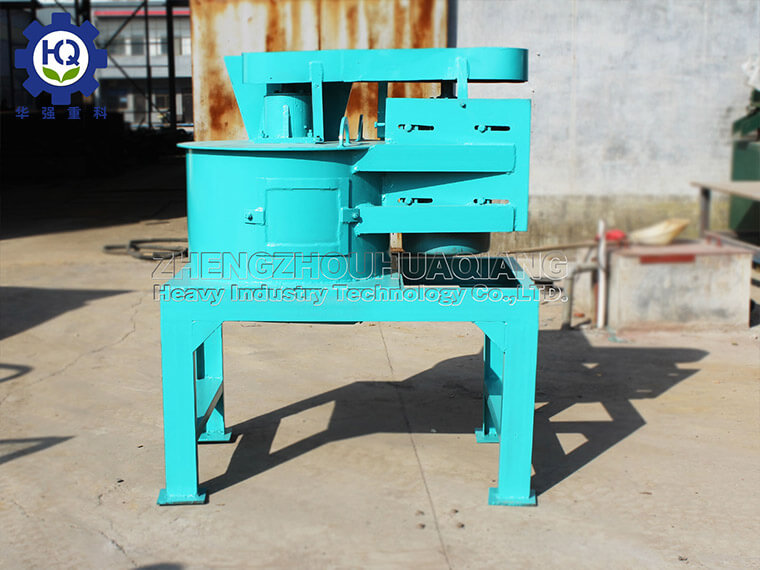 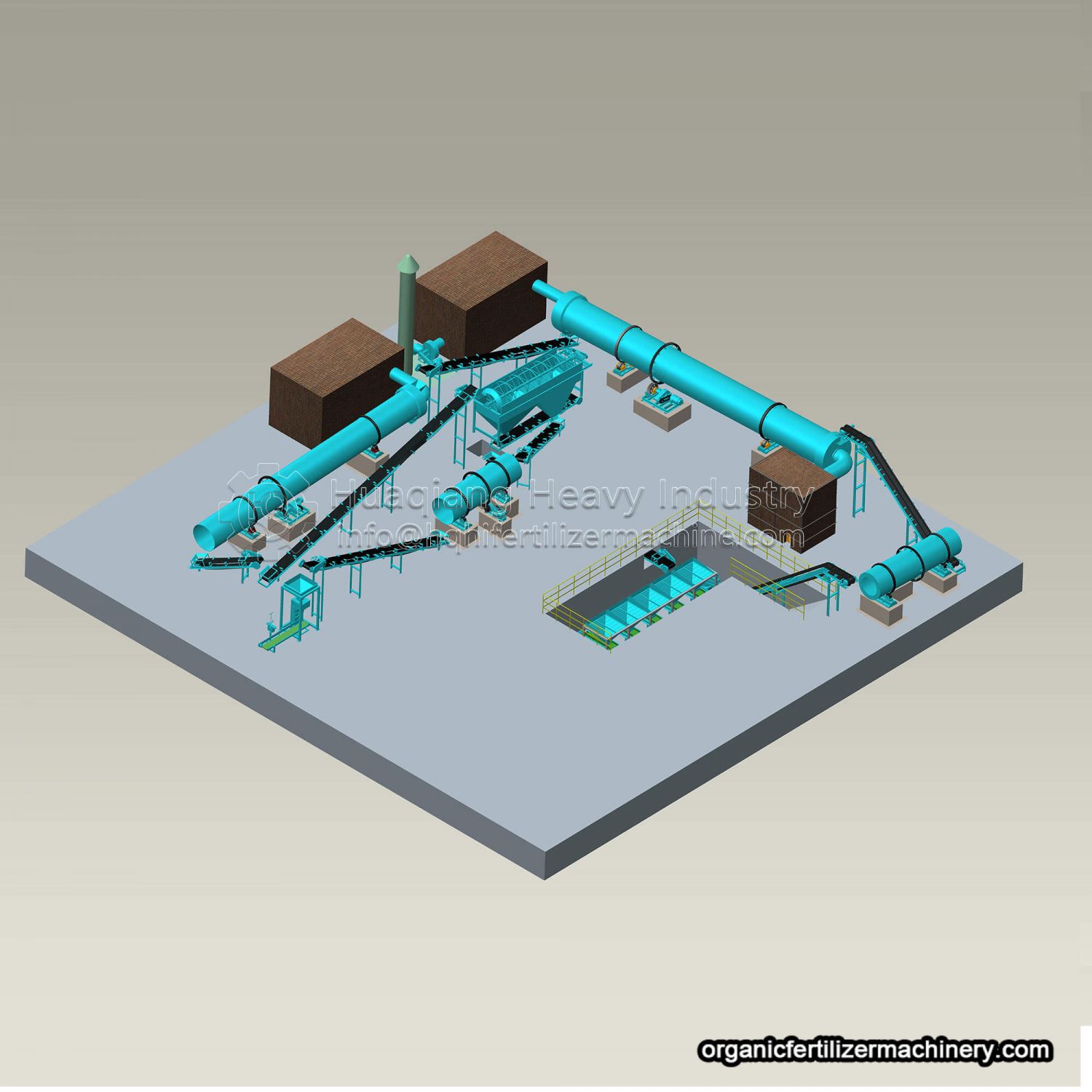 In China, people’s living standards have been continuously improved, and the problem of food and clothing has been basically solved. High-yield and high-quality agricultural products and hygienic and healthy food have become the urgent needs of the current society and agricultural production.

As a result, the soil is hardened, the content of soil organic matter is reduced, the fertility is decreased, and the living space and quantity of beneficial microorganisms in the soil are reduced. The disease resistance, cold resistance, drought resistance and lodging resistance of crops are weakened, and the occurrence of diseases and insect pests is becoming more and more serious, leading to the decline of crop quality and yield.

2、 Aggravate environmental pollution. If too much fertilizer exceeds the soil’s retention capacity, it will flow into the surrounding water, resulting in agricultural water pollution, eutrophication of water body, algae breeding, and then damage the water environment. According to statistics, more than 10 million tons of nitrogen are lost out of farmland every year due to unreasonable fertilization in China, resulting in a direct economic loss of about 30 billion yuan. Excessive fertilizer will also seep into the shallow groundwater within 20 meters, making the nitrate content of groundwater increase.

The material coming out of the primary shaping disc has changed from columnar to irregular round granular. After the same movement of the lower-level plastic plate, after coming out of the multi-level plastic plate, it becomes a uniform and bright round granular organic fertilizer (higher moisture content). Then transport to the next drying section. The ball shaping machine is used in the production of organic fertilizer. The particles produced by rotary drum granulator and disc granulator are spherical and do not need to be rounded.

The output specifications are different, and the fertilizer granulator machine price is different. Our sheep manure organic fertilizer granulating equipment is used to granulate various organic substances after fermentation. The raw materials do not need to be crushed and dried before granulation. Processed spherical particles can save a lot of energy and break through the conventional organic granulation process. 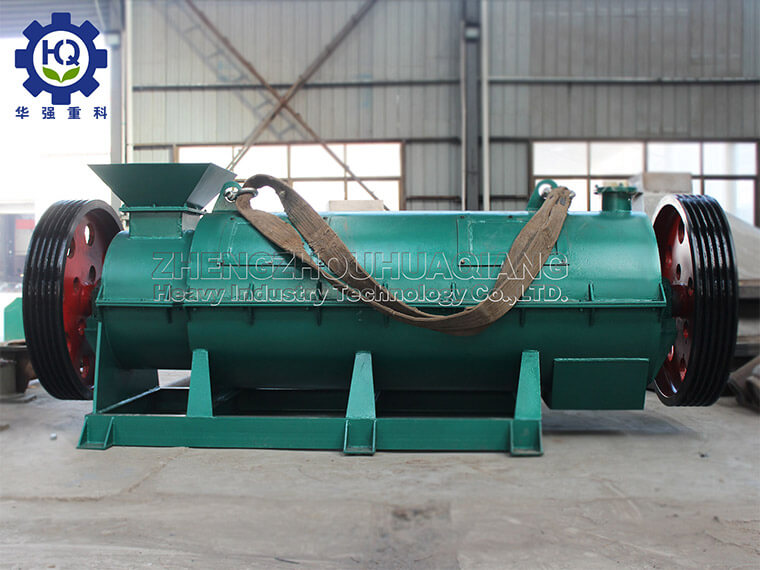 1. The organic matter after fermentation does not need to be dried, and the moisture content of raw material can be in the range of 20-40%.
2. The particles produced are spherical.
3. With high content of organic matter, granulation of pure organic matter can be realized.
4. Due to the fact that organic particles can be inlaid with each other under a certain force, no binder is needed in granulation.
5. The granules are solid and can be screened after granulation, which reduces the drying energy consumption of the fertilizer production line.

With the modernization of breeding plants, the treatment of livestock manure is becoming more and more diversified. Manure is treated by fertilizer production line in industrialization, and the manure is directly used as high-quality organic fertilizer after professional treatment. Fertilizer granulator, compost turner and other equipment ferment livestock manure into organic fertilizer, which not only protects the environment, but also improves the soil, increases soil fertility, increases crop yield, reduces the amount of chemical fertilizer, and achieves multiple effects with one stroke.

The automatic feeding bin is the pre-treatment equipment in the organic fertilizer production line. The machine is mainly used to shovel materials into the feeding bin by forklift silo, which can save manpower, reduce labor intensity and improve work efficiency. The mixing shaft of the silo will transfer the materials into the lower conveyor belt, and then the materials will be evenly transported to the granulation equipment or crushing equipment by the conveyor. On the one hand, human beings can be freed from the monotonous and complicated physical labor. On the other hand, only the realization of industrial full-automatic production is the solution to improve the production efficiency.

The reason that many organisations will build a complete organic production plant is caused by the sheer number of manure that they could collect in the animals on their own property. You can find farms who have hundreds and hundreds of chickens, and similar amounts of cows, all of which are producing waste materials daily. Rather than letting this simply enter in the ground through natural decomposition and percolation processes, you are able to collect it, process it, and store it for future use. This is certainly all done inside of that plant that will possess the machinery necessary to do these kinds of conversions. 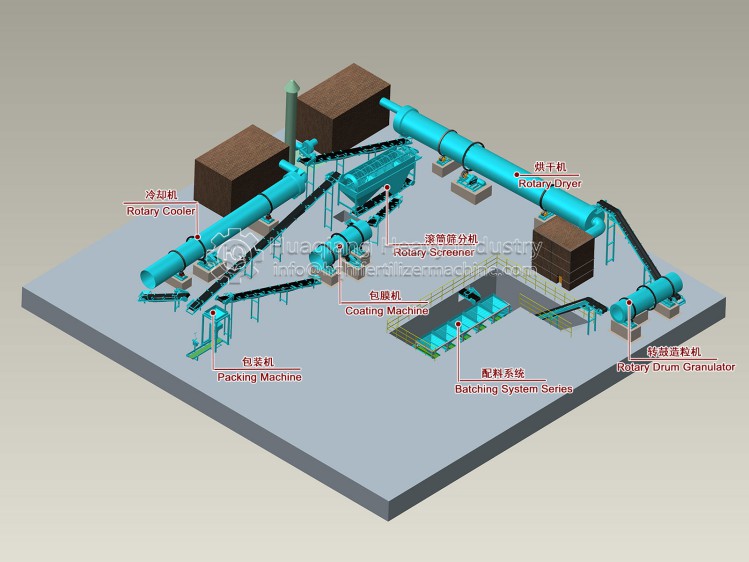 Take a little compound fertilizer and put it on the iron sheet and burn it in the open fire. If there is a smell of ammonia, it means that it contains nitrogen, and purple flame means that it contains potassium. The more ammonia flavor, the longer the purple flame is. On the contrary, it is inferior.
4. Dissolving
Compound fertilizer will be dissolved in water, even if there is a small amount of precipitation, it is also smaller. Poor quality compound fertilizer is rough and hard, and difficult to dissolve in water.
5. Smell
Compound fertilizer generally has no peculiar smell (except for organic-inorganic compound fertilizer). If it has peculiar smell, it indicates that it contains ammonium bicarbonate or toxic substances such as Trichloroacetaldehyde (acid).
1. Start fermentation quickly. Generally in summer, the composting time for chicken manure compost treated by a professional compost turning machine to reach the harmless index is about 20 days, and it usually takes about 60 days for natural fermentation to reach this index. Mainly because of the growth and reproduction of microorganisms, the materials in the materials are fermented and degraded, shortening the time for compost to reach the high temperature stage, and prolonging the high temperature period. In winter, because the temperature is too low, it is difficult to start fermentation. You can add starter microorganisms to the chicken manure to quickly start the chicken manure fermentation.
2. Eliminate pathogenic microorganisms. In the process of adding microbial agents to treat chicken manure with an organic fertilizer turning machine, the compost temperature can reach 65℃~70℃ or even higher. The high temperature not only makes the chicken manure and other materials decompose quickly, but more importantly, it can effectively kill Inactivate pathogenic microorganisms or viruses, among which the stack temperature of 50℃~70℃, lasts for 6~7 days, to the eggs and pathogenic bacteria. It can achieve a very good lethal effect, such as avian influenza virus, which can be killed in a few minutes at a high temperature of 60℃~70℃. 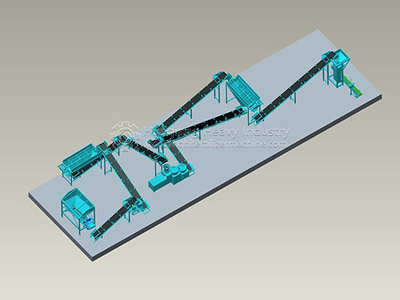 3. Remove odor. Chicken manure composting fermentation can effectively remove malodorous gas. This is mainly because microorganisms can decompose non-nitrogen and sulfur-free organic substances such as phenol, carboxylic acid, formaldehyde, etc. into CO2 and H20; ammoniated nitrogen-containing organic substances into NH3, which can be oxidized by nitrosating bacteria to NO2- , And then further oxidized to N03- by nitrifying bacteria; sulfur-containing malodorous substances are decomposed by microorganisms to release H2S, and are oxidized by sulfur oxidizing bacteria to sulfuric acid, so that pollutants can be removed.
4.Increase fertilizer efficiency. Microorganisms can decompose starch, lipids, hemicellulose, protein and other easily decomposed substances in chicken manure, as well as some cellulose and a small amount of lignin. Some of them are converted into water-soluble carbon and nitrogen compounds. At the same time, some carbon and nitrogen sources used by microorganisms are gradually decomposed and released with the death of microorganisms. Therefore, it can increase the content of water-soluble carbon and nitrogen in feces. Compared with the natural fermentation of chicken manure, the various enzymes produced during composting can catalyze the rapid transformation of organic matter into humic state, and the treated compost can synthesize more humic carbon and nitrogen in the same time. The compost after fermentation can be used as raw material, mixed with other NPK fertilizers, and processed by rotary drum granulator.
5.Improve crop safety. Uric acid and NH4 + – n are the main substances that affect the normal growth of crops in chicken manure. Chicken manure composting can promote the transformation of nitrogen in compost to protein nitrogen and NH3 + – N, reduce the accumulation of NH4 + – N, and quickly eliminate or reduce the substances that cause crop growth obstacles.
6.It can be made into roughage for other animals. Crude protein accounts for 31% – 33% of the dry matter of chicken manure, and more than half of them are non protein nitrogen such as uric acid, urea, creatine and ammonia, and the crude fiber contained in chicken manure and a large amount of crude fiber in bedding grass. Therefore, chicken manure is a good feed for raising livestock, poultry and fish. However, raw chicken manure contains parasitic eggs and some toxic substances and bacteria, which can not be directly fed with raw chicken manure. Microbial agents must be added to chicken manure for high temperature fermentation treatment, so that it can be processed into non-toxic and nutritious feed by fertilizer granulator.

Nowadays, organic fertilizer has been loved by cash crop growers all over the country, and plays an indispensable role. Bioorganic fertilizer contains a large amount of organic matter, which is an important source of organic matter in soil. It can improve soil, improve soil fertility, turn lean soil into fertile soil, and turn bad soil into good soil. Because soil organic matter forms humus through the action of microorganism and physical chemistry, it can promote the formation of soil water-stable aggregate structure, make cohesive soil loose and easy to cultivate, and sandy soil become structured.

The total production cost per ton of granular pure organic fertilizer (with nutrient content of more than 9% and organic matter of about 75%) is about 180.0 yuan/ton.

The production cost per ton of pure organic fertilizer produced by fermentation mode is about 180.0 yuan/ton. It is adjusted according to the national organic fertilizer standard, plus the warehousing cost of packaging bags, etc. of 50 yuan/t. It is sold at the current market price of 600 yuan per ton. The gross profit per ton is 270 yuan/ton. The net profit is calculated at 50 yuan, excluding the intermediary and transportation fees. The annual sales of 5000 tons * 270 yuan/ton can earn 1.35 million yuan.

The above data are for reference only, mainly because the prices of facilities and equipment produced by different factories are different, and the costs of plant construction and labor costs are different in different places. In addition, the above is the investment required for one production of organic fertilizer. If multiple organic fertilizer production lines are built, they can be calculated by superposition, but some equipment and facilities can be shared. Therefore, the more production lines, the lower the average investment.